Everything about International Court of Justice ICJ | Editorial Analysis for UPSC, IAS 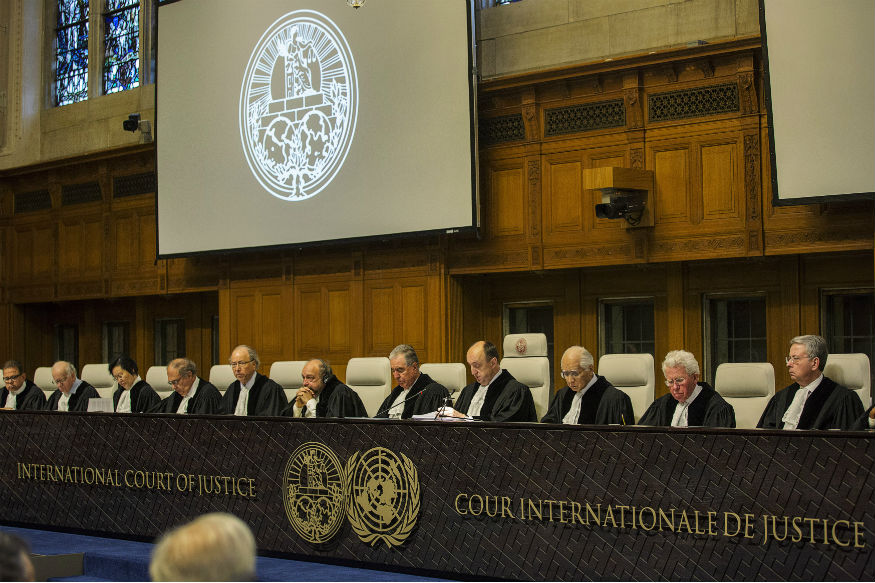 What is International Court of Justice (ICJ)

1. The International Court of Justice (ICJ) is the principal judicial organ of the United Nations (UN).

2. It was established in June 1945 by the Charter of the United Nations and began work in April 1946.

3. The role of the ICJ is to settle legal disputes between countries in accordance with international law.

4. It also gives advisory opinions to the United Nations and its organs and specialized agencies.

Where is it located

It is located at The Hague, Netherlands.

1. To settle legal disputes between countries in accordance with international law.

2. To give advisory opinions on legal matters to the United Nations and its specialized agencies.

Who all are members of ICJ

1. The ICJ is composed of 15 judges who are elected for nine-year terms by the UN General Assembly and the UN Security Council from a list of people nominated by the national groups in the Permanent Court of Arbitration.

2. No two judges can be the citizen of the same country.

The seats are distributed as per geographic region:-

4. The 5 permanent members (France, Russia, China, the United Kingdom, and the United States) of the United Nations Security Council always have a judge on the court.

5. Here is the link to the entire blueprint of the organizational structure of ICJ

Nationality of the ICJ Judges

21-November-2017 –  First time in 70 yrs, that a UNSC permanent member i.e. United Kingdom will not have a judge on the ICJ panel. Instead the seat went to Dalveer Bhandari (India) who was re-elected. Read the full article here