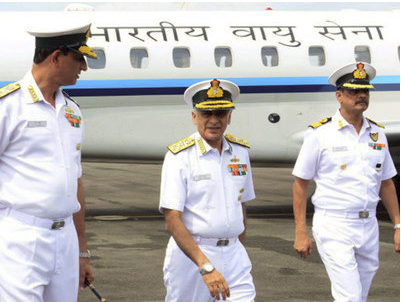 India’s chief of Naval Staff admiral Sunil lanba is in Bangladesh from November 26 to 28 to boost defence cooperation between India and Bangladesh. Below are some of the highlights of India – Bangladesh defence relation in 2017.

1. Indian Navy in 2008 hat setup an organisation called Indian ocean Naval symposium (IONS). It is a multilateral Maritime Corporation forum. It has 23 Nations whose territories lies within the Indian Ocean, and it has 7 observations. Everyone gets to chair this organization on turn by turn basis.

3. Bangladesh is also going to conduct the first ever International Multilateral Maritime Search and Rescue Exercise (IMMSAREX) operational exercise. It will be inaugurated by Bangladesh Prime Minister Sheikh Hasina in the port city of Cox’s Bazar.

5. Bangladesh has always been and ally of India. A vast majority of Bangladeshis expresses a positive opinion and perception of India. This has been so since the 1971 Bangladesh Liberation war. Where India intervened on behalf of East Pakistan and secured independence for East Pakistan which later became the state of Bangladesh.