What is Geomorphic Processes?

Let me first tell you the meaning of the word Geomorphic. Let’s break the word, we have “geo” and then we have “morphic”. Geo basically means earth, that’s why geography is the study of earth and morphic means shape or form. So Geomorphic means how was the earth formed or how did the earth acquired this shape.

If you are aware of this above picture that shows the different layers of earth, in this mantle which is just below the crust is filled with molten rocks knows as magma. And magma is continuously moving in circular pattern, this movement of magma in the mantle creates convection currents and this is what causes the plates which includes oceanic as well as continental crust to move. Earthquakes are caused because of this, then volcanic eruption takes place because of this, so all these are endogenic forces that arises from within the earth’s interior. 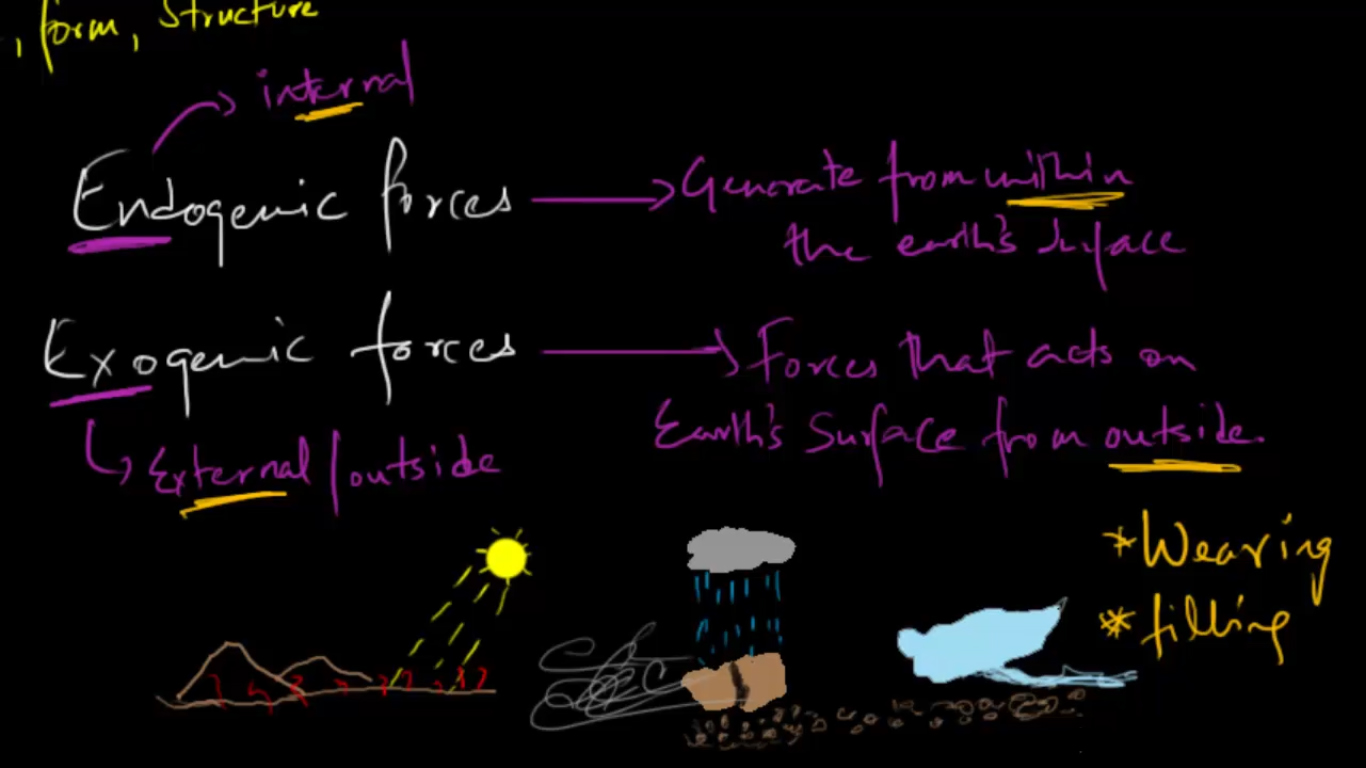