(a) How does a planet differ from a star?
Ans. Stars have their own heat and light, and planets do not. There are countless stars but we have only eight plants.

(b) What is meant by the ‘Solar System’?
Ans. The sun, eight planets, satellites and some other celestial bodies known as asteroids and meteoroids together form the solar system. Since sun is in the middle, therefore we call sun as the head of the solar family. 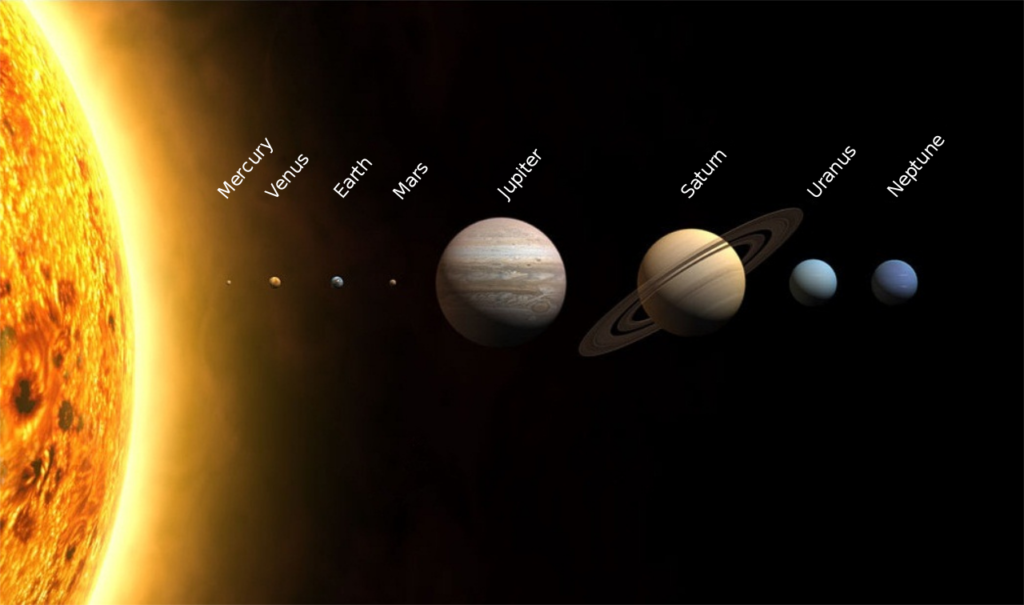 (d) Why is the Earth called a unique planet?
Ans. Conditions favorable to support life are found only on the earth. The earth is neither too hot nor too cold. It has water and air, which are very essential for our survival. The air has life-supporting gases like oxygen. Because of these reasons, the earth is a unique planet in the solar system.

(f) What is the Universe?
Ans. Millions of galaxies together form a Universe. It is difficult to imagine how big the universe because it is still expanding.

(b) Which is the third nearest planet to the sun ?
(i) Venus (ii) Earth (iii) Mercury