A production possibility Frontier is a curve showing all maximum output possibilities for two goods. It also gives an answer to our question – “what is our maximum production capacity?”.

Understanding PPF with an example

When we say maximum production, I will give an example what I mean. Let’s take an example of Samsung electronic devices. We will take two samsung top products. One is the Samsung Note 8 (67,900/-) and the other one is Samsung Galaxy S8 (57,900/-). Suppose the goal is to produce as many of these two Samsung electronic devices as possible with the available resources. This means creating as many Note 8 and S8 phones with Samsung’s available resources.

This move will maximize the availability of Samsung Note 8 and S8 in the market and minimizes unused resources. Now it is usually impossible to achieve this ideal state, but companies like to have it as an ultimate goal. 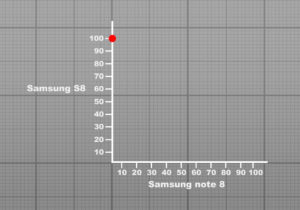 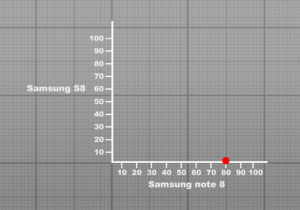 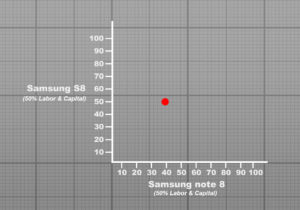 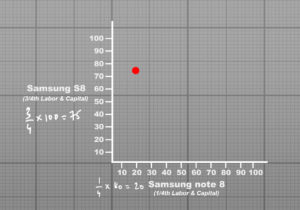 Now, connect all the dots on the graph. These dots indicate maximum production with given factors. You will get the production possibility frontier. As a decision maker, you will have to play around within this area for an efficient production of Samsung Galaxy S8 and Samsung note 8. 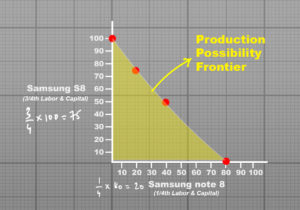 Anything beyond this area is unattainable due to limited resources. Resources within the production possibility frontier curve is not utilized fully. It is usually impossible to achieve this ideal state, but companies like to have it as an ultimate goal.