Names and Places of Coal Mines in India

India has a long history of commercial coal mining, It started off during the East India Company days when British found coal in the Raniganj Coalfield along the river Damodar. At the time the demand was not that high, but it grew with the introduction of steam locomotives in 1853. So this is the history of Coal mining in India.

Right now India has a cumulative reserve of more than 300 Billion tonnes of coal.
Says who? Well this kind of a data is gathered after exploration is done by organizations like (Geological Survey of India, Central Mine Planning and Design Institute, then Singareni Collieries Company Limited and Mineral Exploration Corporation Limited). These all are government companies and their facts are based on exploration carried out up to the maximum depth of 1200m.

So what they do is, they make boreholes of 1200 m in the land to find the thickness of the coal bed and each borehole is 1-2 Km apart and then they figure out the distance between the coal bed, finally they do a little multiplication to find the volume of coal available in a given region.

Let’s look at state wise coal reserves in India. Before we start I want you to understand this that the Government of India has categorized the coal resources in two types, they are:-

Gondwana coal:-  this is due to the availability of coal in the regions of peninsular India which was earlier part of Gondwanaland.

Tertiary coal:- It is called tertiary coal due to its availability and primary location in north-eastern region. 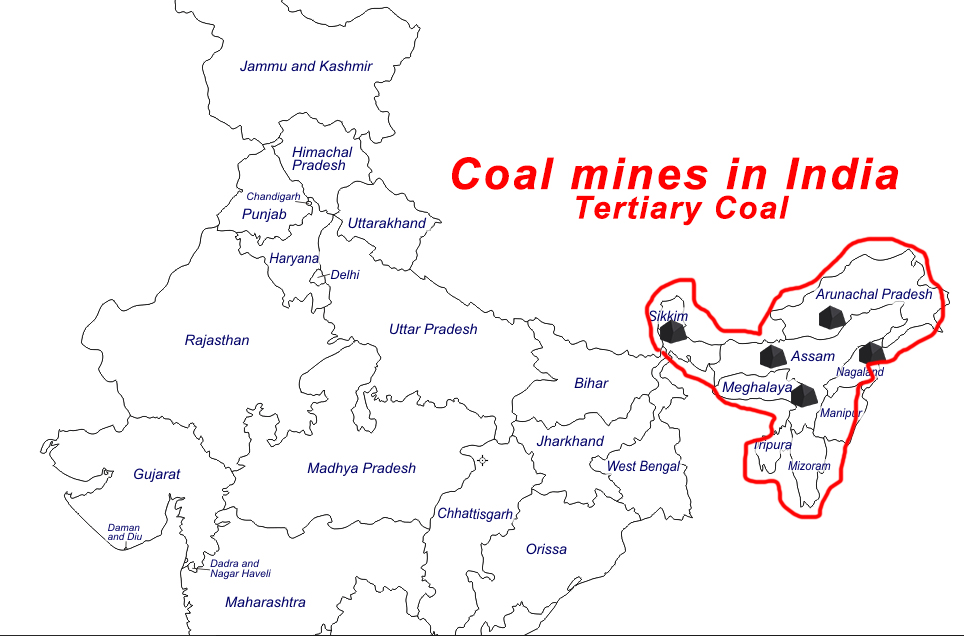 We will first locate the Gondwana coal. These are located  in the states of:-

Now let’s locate the places with tertiary coal. These are located in the states of:-