The industrial output of North America is heavily contributed by two nations they are USA and Canada. The industrial units in USA has been broadly divided in six regions, they are:-

The New England Region:- It comprises of six states, they are Connecticut, Rhode Island, Massachusetts, Vermont, New Hampshire and Maine. This is the largest industrial region on earth. The major industries in this region are electrical machinery, textiles, machinery, leather, fabricated metals and other sorts of industries.

The New York and Mid-Atlantic Region:- This region extends from New York , Balti­more. And the Middle Atlantic States of New Jersey, Pennsylvania, Maryland, Delaware, Philadelphia and Baltimore. This region is famous for steel production.

The Western Region:- It comprises the states of Wyoming, Utah, Colorado, Nevada and Arizona.

The Pacific Coastal Region:- These are the states of Washington, Or­egon, California, San Francisco and Los Angeles and to the left of it is the Pacific ocean. 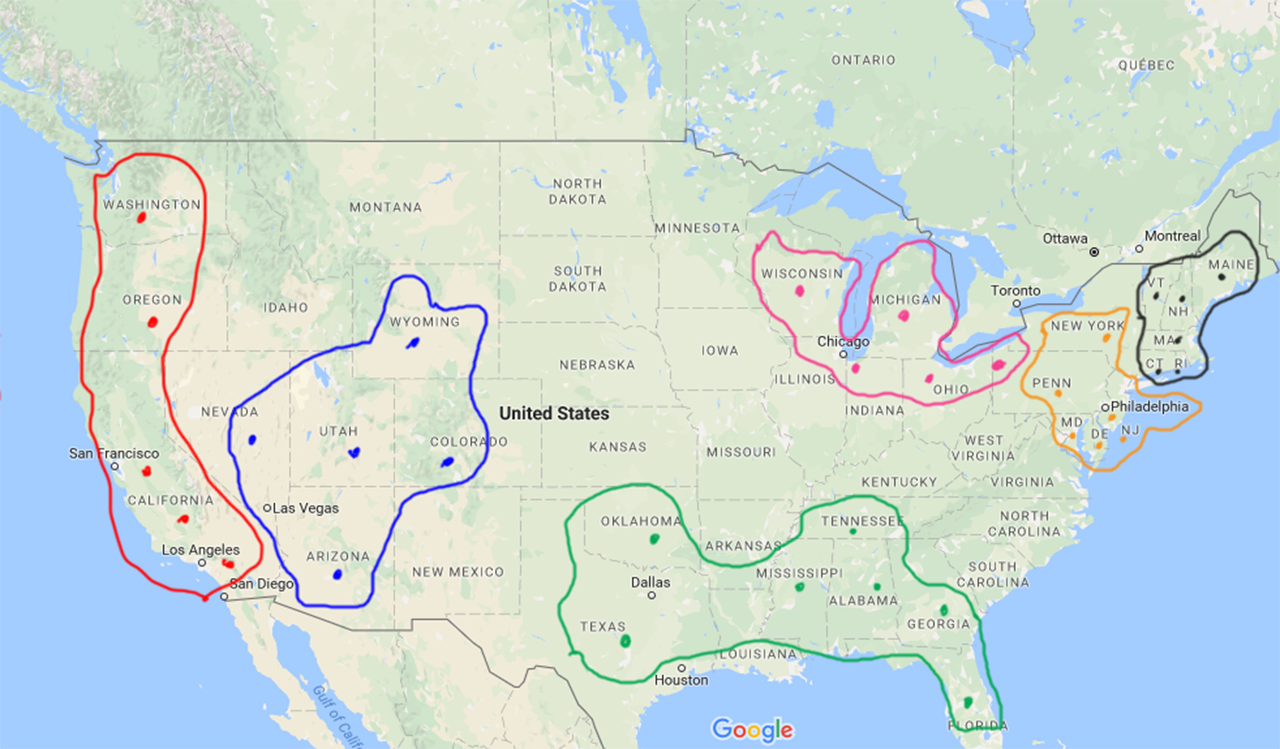 Prairie Region:- The places of this region are Manitoba, Winnipeg, and Edmonton, Alberta. petroleum refinery and chemical industry are famous here.

The Pacific Coast:- We are talking about the regions of Vancouver and British Columbia. The major industries are paper and pulp, furniture, agricultural machinery and hydel power stations.