Fiscal Imbalance and its existence in India Economy | Economics for UPSC

There is always a greater demand for its expenditure requirement than its revenue resources. That can lead to Fiscal crisis where the government expenditure is much higher than government revenue.

Vertical Fiscal Imbalance:- It is the fiscal imbalance measured between the two levels of government (Center and States or Provinces).

The division of expenditure functions and revenue-raising powers between the Union and the State Governments is given in the Indian constitutions. 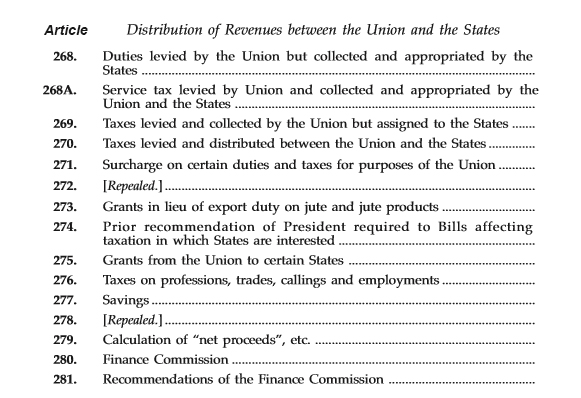 As per the Union List and the State List, the major and elastic sources of tax revenue belongs to the Center, while relatively inelastic sources of revenue come under the purview of State Governments.
Also, the center enjoys almost unlimited powers to borrow from the domestic market as well as from abroad whereas borrowing powers of the states are subjected to various restrictions.
Horizontal fiscal inequality is part of the Indian fiscal federalism. The institutional framework of Indian fiscal federalism openly acknowledges this fact. A good example is giving the state of Jammu & Kashmir and Northeastern states the status of “Special Category” where the aim is to give higher grants shows the existence of horizontal fiscal inequality.
To mitigate this kind of inequality, the Constitution of India has created a statutory authority called the “Finance Commission”.
2017-11-14
Previous Post: Industries – Chapter 5 Geography Class 8 NCERT Solutions
Next Post: Highlight the salient features of Ramsey model.