In this article we are going to learn about Ramsar convention, what is it all about, what are there objectives and functions, where are the Ramsar sites located in India and many more such things.

So without any further ado, let’s begin. When you look at the word Ramsar, at first it might sound as if it is the name of a place in India. One can easily think of this name as an Indian origin. However, it is not the case. Ramsar is the name of a city in Iran.

There was an International Treaty that was signed in 1971, it is about global conservation and sustainable use of wetlands. As of now, somewhere around ~170 countries are part of this treaty. And that’s how it is known as the Ramsar convention.

What is a wetland?

A wetland is a place where the land is covered by water or is present either at or near the surface of the soil all throughout the year. The moment you see a mixture of land and water, it becomes an intersection point between the terrestrial and aquatic ecosystem. Plus, wetlands have moisture all throughout the year. That means it is home to aquatic plants, insects, amphibians, reptiles, birds, fish, mammals, and many microbial bacterial communities. And that’s what makes the wetlands the most productive ecosystem in the world when compared to rainforests and coral reefs.

Wetlands are usually found in low lying areas. They can be both natural and man-made. They can be coastal and inland. Floodplains, swamps, marshes, mangroves, deltas, and lakes are different types of wetlands. Even an agricultural field like a paddy field is a wetland. 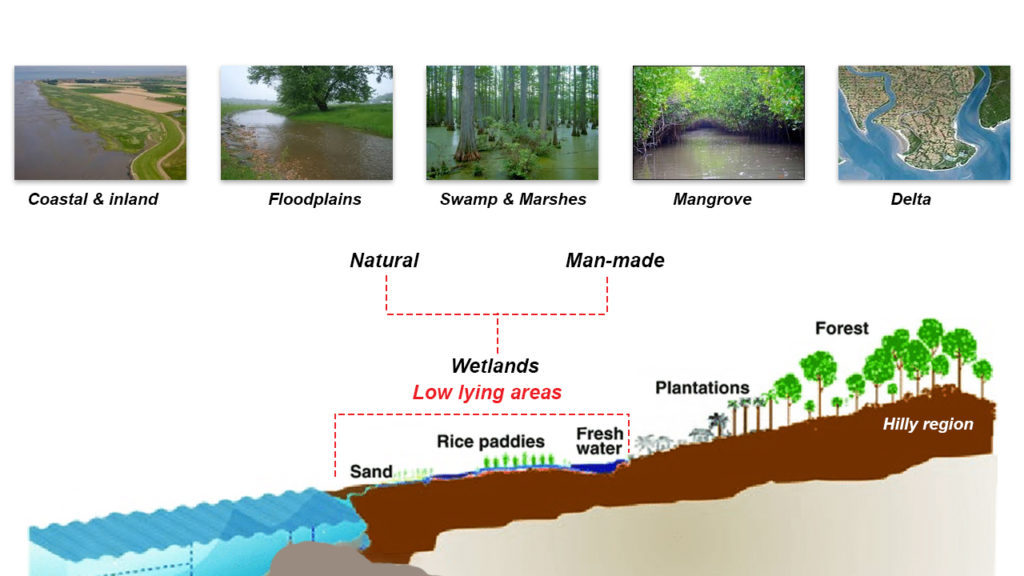 Wetlands can contain fresh water, salt water, or brackish which means both fresh and salt water. 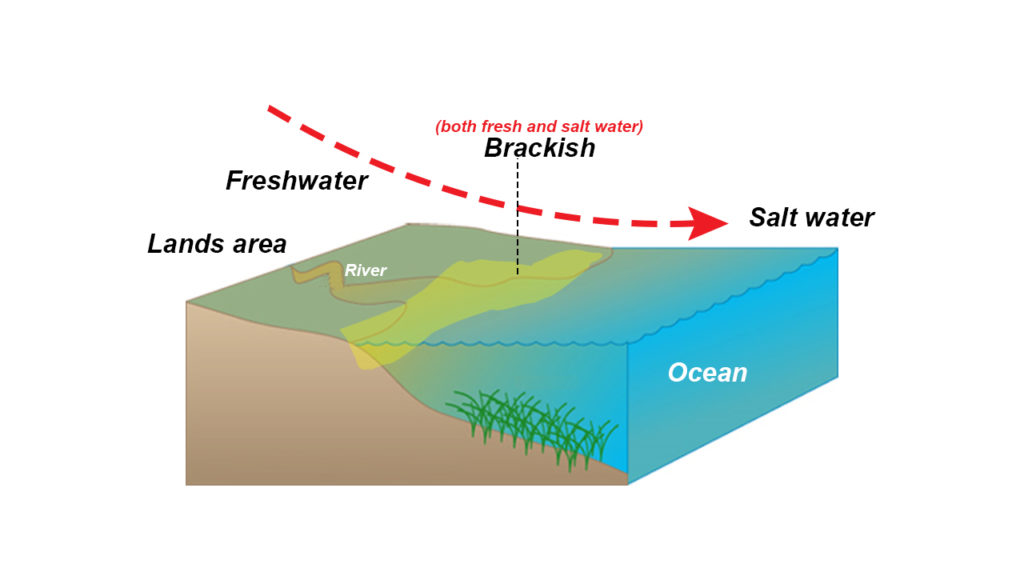 How does this convention work?

First of all, a country joins the Ramsar Convention. After that, it gets itself listed into the international effort for the conservation and wise use of wetlands. Once a country has joined, there are three commitments which have to be fulfilled:-

One more important thing about Ramsar convention is that – it keeps a check on all the wetlands that are there in their list which is the Ramsar list. By check I mean, has there been any kind of ecological change in the wetlands due to climate change, human interference or any kind of improvement due to technological development. If at all there are any notable changes in the wetlands, the convention then updates or changes the Montreux Record.

Montreux Record is a register of wetland sites where changes in ecological character have occurred, are occurring, or are likely to occur as a result of technological developments, pollution or other human interference. It is maintained by the Ramsar convention.

Some interesting facts about the Ramsar Convention:-

2. Wetlands exist in every country and in every climatic zone, from the polar regions to the tropics, and from high altitudes to dry regions.

3. Europe has the maximum number of wetland sites. The countries with the most Sites are the United Kingdom with 175 and Mexico with 142.

4. India became a member of the Ramsar Convention in October 1981 and designated Chilika Lake (Odisha) and Keoladeo National Park (Rajasthan) as its first two Ramsar Sites.

6. The world’s first Site was the Cobourg Peninsula in Australia, designated in 1974.

Ramsar sites or wetlands in India

In Punjab – Harike Lake (it is a manmade lake and was formed by constructing the head works across the Sutlej river, in 1953), Kanjli wetland & Ropar wetland.

In Kerala – Ashtamudi Wetland, Sasthamkotta Lake, Vembanad-Kol Wetland ( it is the largest Wetland of India).